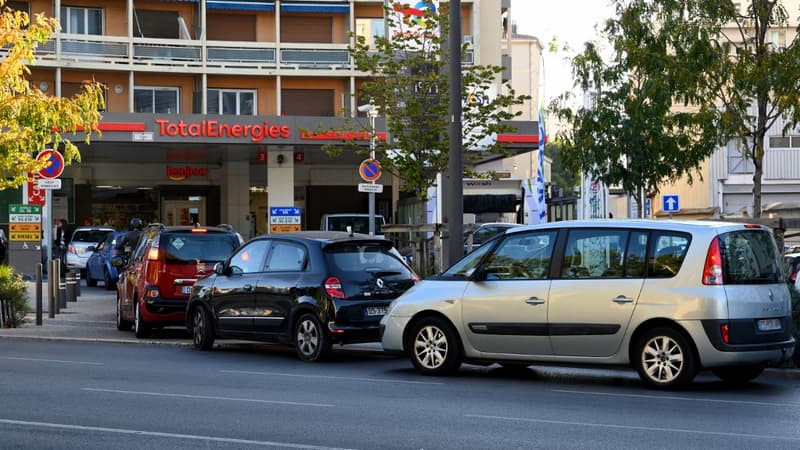 While 15% of French gas stations are in a situation of fuel shortage, professionals in the sector do not foresee a return to normality for another ten days but evoke, like the Government, an improvement from this weekend.

This is the question that a large number of motorists have been asking themselves, for some for ten days: when will they be able to get their fuel normally at their usual service station? At the moment, most answers remain elusive. Only Frédéric Plan dared to give a horizon back to normality with BFM TV on Friday morning:

The day before, Agnès Pannier-Runacher was already talking about an improvement in the situation in two or three days on the set of the Calvi 3D program. “It is a situation that is conjunctural, insisted the Minister for the Energy Transition. We are in the process of asking the tankers to reinforce and transport additional supplies from Belgium and Rouen by ship. Let everyone refuel normally, there is no need to organize reservations. “

“I think it will be difficult this weekend”

The government member seems more optimistic than Olivier Gantois. On the set of BFM TV, the president of the French Union of Petroleum Industries (UFIP) Energies et Mobilités said he was expecting a difficult weekend: “I think it’s going to be difficult this weekend. For strikes, I don’t have visibility of when it will stop.”

He returned to the various levers activated to ensure the supply of fuel while several French refineries are blocked by social movements. “We are doing what we can to replenish the production of the refineries that are stopped and the imports are in very large quantities,” he said, citing supplies from the Belgian area of ​​Antwerp but also from the Middle East. he also rebalancing supplies between regions since some had different stocks compared to others.

Frédéric Plan believes that no geographical area is “completely safe”. “There are regions that are less affected, which are those of the Atlantic coast because the supplies are made by ship,” analyzes the general delegate of the FF3C. The interior of the country is much more worried. We are talking about Hauts-de-France. but it is also true for Grand-Est and Auvergne-Rhône-Alpes”.

For his part, Olivier Gantois acknowledges that the measures may have been insufficient given the magnitude of the phenomenon:

Tanker trucks will be able to circulate exceptionally on Sunday

A few minutes later, Olivier Véran confirmed during the Face to Face of BFM TV and RMC the figure advanced on Thursday night by Agnès Pannier-Runacher: 15% of French petrol stations have difficulties to supply all fuels. “Usually there is a fuel, often diesel, that runs out part of the day,” she said. The government spokesman wanted to reassure the French by recalling that it is not a question of scarcity in the strict sense because the country does not lack fuel but rather suffers from a problem related to its distribution.

Olivier Véran spoke of discussions between the government and the CGT to achieve the imminent end of the social movement. Meanwhile, the spokesman mentioned a solution available to France in addition to imports: “When there are difficulties, we may have to use what we call our strategic stocks. We have enough to keep three months in our country with our only strategic stocks so we can destock when necessary.”

On the set of LCI, Clément Beaune pointed out that Agnès Pannier-Runacher had already activated this lever for strategic stocks, in particular in Hauts-de-France, and that it could be extended to other territories. “I am going to give exceptional authorization during the day so that tankers can also circulate on Sunday so that where there may be leaks we can better supply service stations,” added the Minister of Transport.