Rate hikes in the face of inflation: the actions of central banks are increasingly criticized 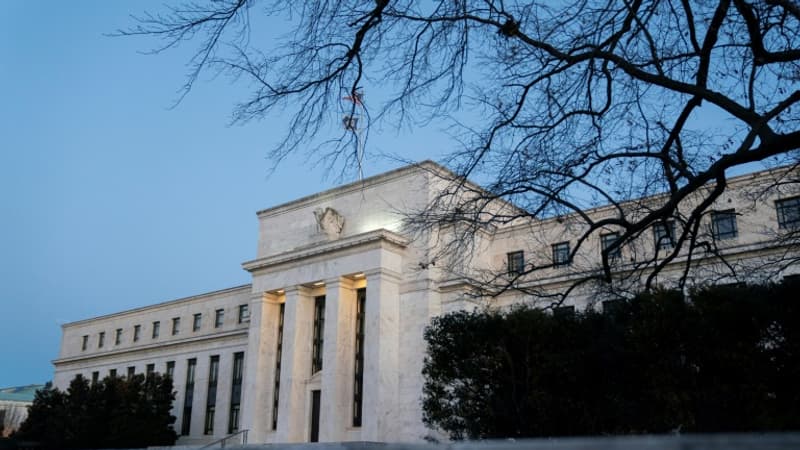 In recent weeks, several voices have been raised to criticize the actions of central banks in the face of inflation. Nobel laureate in economics Joseph Stiglitz notably compared successive rate hikes to “bleeding”.

Storm warning for the global economy? As key interest rate hikes continue to curb inflation in the US, UK, euro zone and most emerging countries, criticism of central banks is mounting. In fact, many fear that this tightening of monetary policy will end up stifling growth and plunging the world into recession.

Nobel Laureate in Economics Joseph Stiglitz is one of them. In an interview with AFP, he compared the action of the central bankers to a “bleeding”. “When a patient was bled, he usually did not recover, except by a miracle. Then we bled him even more, and his health got even worse. I’m afraid that the central bankers are doing the same thing right now,” criticized the economist. . .

Excessive accusations for the general director of Montségur Finance, François Chaulet, who asks for perspective: “We are not yet in restrictive territory: the reference rates are still well below inflation and the heart of the central bankers’ message today is to maintain the credibility in the face of inflation expectations,” he told BFM Business.

If you consider that central banks “have taken too long” to intervene, there is “one point where they have not lost credibility: it is that five-year inflation expectations are still very measured. We are talking about 2.5% and that is still makes long-term rates given by the markets possible (…) acceptable for the economy. This simply means that rates are barely in positive ten-year territory in the United States. United States… They remain largely 10-year negative measure in Europe in real terms.” What’s more, “free money is not something sustainable in the long run.”

New rate hikes are expected this week in the United States, the United Kingdom or the euro zone. After four hikes since March, the Fed could decide on Wednesday to raise the rate by 0.75 or even a full percentage point. The central banks of South Africa, Brazil and Sweden should also show a determined tone to tackle inflation.

Through this tightening of monetary policy, the objective is to increase the cost of credit granted to households and companies, curb the labor market, wage increases and, ultimately, the increase in prices. But after six months of war in Ukraine and the devastating consequences for parts of the world, some worry about the consequences of such restrictive and synchronized policies. “Did the economy really need this to slow down?” asks Eric Dor, director of economic studies at the IESEG business school.

According to him, “inflation itself has created a drop in activity, households are losing purchasing power, the increase in wages is lower than inflation and represents a brake on consumption”, particularly for Europe, where rate hikes they risk further weakening the economy. “Will this lead to a small loss of growth? It’s possible,” European Central Bank chief Christine Lagarde admitted at a conference in Paris on Friday. But for her, “it is a risk that we must take for having measured it well.”

The priority is to stop the rise in prices, Joe Biden’s Economy and Finance Minister, Janet Yellen, also said, while acknowledging “a risk” of recession in the United States.

The World Bank, for its part, estimated this Thursday that the simultaneous rise in interest rates increases the risk of a global recession next year, and especially in emerging and developing countries, while calling on central banks to continue its efforts to reduce inflation.

In addition to the potency of the remedy adopted and its side effects, the debate also focuses on the causes of the disease. According to Joseph Stiglitz, the rise in inflation is not due so much to excess demand as to increases in energy and food prices and persistent blockages in supply chains. Phenomena against which the central bankers have a much smaller field of action. They “use a remedy resulting from a misdiagnosis,” insists the economist, warning that we could see in the United States that rental prices continue to skyrocket under the effect of the rate hike, and therefore inflation persists. “The risk is that without having a real impact on inflation, this policy worsens the cost in terms of activity and employment,” adds Eric Dor on Europe.

A tighter monetary policy will inevitably have economic costs,” International Monetary Fund Chief Economist Pierre-Olivier Gourinchas acknowledged in July, specifying that “any delay will only exacerbate them.” Faced with the limits of monetary policies, the latter had advocated “targeted budget support” from governments, a solution on which consensus is emerging around the world despite its high cost to already severely degraded public finances.

These concerns about the repercussions of a rate hike are shared by Matthias Baccino, General Director France of Trade Republic: “The situation (in the markets) is tense, there is more nervousness (…). The alarm signals are multiplying and we note that the slowdown in the world economy is extremely pronounced at the moment,” he told BFM Business.

For him, the role and action of central banks deserve a real debate: “Once the world economy has calmed down and inflation is under control, we will have to ask ourselves questions about how we got here and what governance can be imagined so that The interests of individuals are taken more into account. Young people consider that central bankers have failed and that the vertical governance of central banks is no longer adequate, “he said.