Funeral of Elizabeth II: what is the role of the “flautist of the sovereign”? 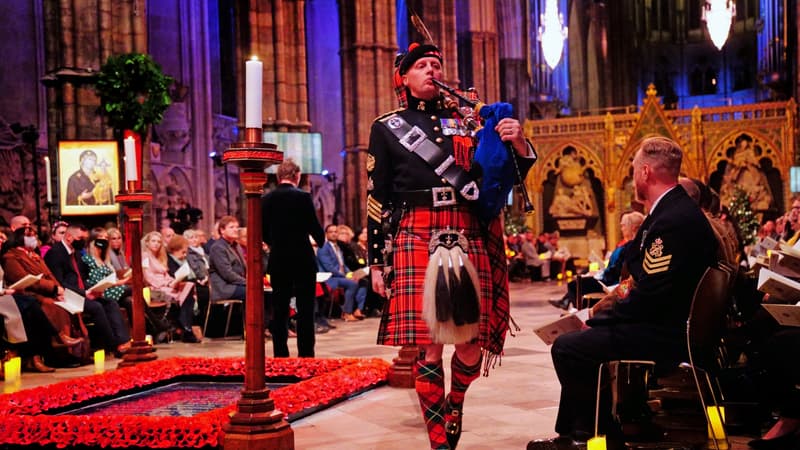 The Queen’s last piper will play at her funeral in Westminster on Monday. Paul Burns is heir to a tradition dating back to Queen Victoria, combining public performances with more intimate engagements.

Even beyond death, Scotland does not abandon Elizabeth II. Although she died on September 8 at her Balmoral residence, a bagpipe is due to be heard at her funeral on Monday at Westminster Abbey.

The task is delegated to the “sovereign’s piper”, an official function of almost 200 years. This piper attached to the person of the monarch exercises his art during the key ceremonies of the monarchy but also on a daily basis. A tradition that is not exempt from political considerations.

Paul Burns, in the center of the ceremony

In any case, it is he who is in charge of playing an ultimate lament to the bagpipes at the end of Elizabeth II’s funeral this Monday, as pointed out Sun. He is also due to officiate later that day, around 4pm, when the coffin arrives at St George’s Chapel at Windsor Castle, where the Queen’s remains will be interred.

Paul Burns is Elizabeth II’s seventeenth and last flutist, since earning the honor in 2021.

Because every British monarch always has their own piper. And he has been for 180 years. The idea came to Queen Victoria during a visit with her husband to a Scottish aristocrat on her Highland estate in 1843.

Apparently envious of her host, the Marquess of Breadalbane, because he was accompanied by a personal piper, she immediately wrote to her mother, in a letter quoted by Delia Millar in her book titled Queen Victoria’s life in the Highlands“We have heard nothing but pipes since we came to these fair Highlands, and they have so captivated me that I intend to have a piper, who could, if you wish, play every night at your Frogmore mansion.”

A Scottish color that time has never faded. All “Sovereign’s Pipers” are non-commissioned officers serving in a Scottish regiment (albeit with a few Irish exceptions). Paul Burns himself hails from the Royal Regiment of Scotland.

More political than it seems

If the bagpipe passes from one shoulder to another according to the holders designated by the monarch, the description of the trade has remained the same since the Victorian era until this second Elizabethan period that closes. In addition to playing at his sovereign’s funeral, the official piper performs for him during all ceremonies related to his lord or dynasty. He must also fulfill a more unexpected but equally essential duty: to accompany the royal awakening.

As Neville McKay wrote in his book History of the Sovereign’s Fluteevery day at 9 o’clock, the latter plays his tunes for 15 minutes under the windows of the king or queen, at least when the latter resides at Buckingham Palace.

This function, well apart in the British monarchical galaxy, is not, however, anecdotal. Neville McKay thus underlined the political benefit that teachers from a UK with multiple components often agitated by nationalist claims could derive from it: “The role of piper (…) shows how Scottish Gaelic music, hitherto seen as part from a hostile culture, came to symbolize Scottish interests in the British Crown”.

Understood in this way, it is a very different music that the sovereign’s bagpiper extracts from his lungs.