For Russian television, the Ukrainian counteroffensive was planned to spoil Putin’s birthday 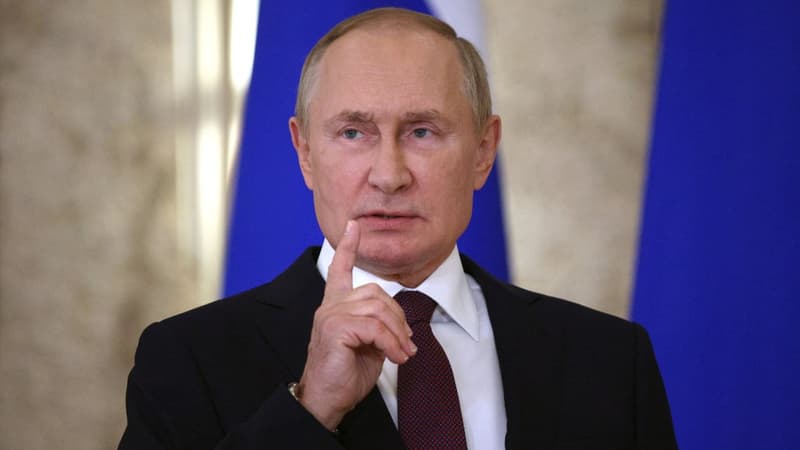 Every year on this symbolic date, ceremonies are organized in Russia to show the unity of the country behind its leader.

Russian television and its absurd propaganda in its works. As Russian President Vladimir Putin celebrates his 70th birthday on Friday, the Rossiya 1 TV channel, through his most loyal supporter in the Kremlin, Vladimir Soloviev, believes that the Ukrainian counter-offensive currently underway has been largely planned to spoil this day.

“It is obvious that today and tomorrow are going to be very intense days where the enemy will attack from all sides. His goal is to ruin the birthday of the Russian president, they like symbols, ”says the columnist, recognized for his controversial speeches since the beginning of the conflict.

As the only answer, an illustration of the discrepancy that exists between the Moscow chroniclers and the reality on the ground, his interlocutor, Andrey Viktorovich Gurulyov, former deputy commander of the Russian South Military District, limits himself to exposing the Russian military situation in Ukraine. .

“We have to prepare the mobilized resources that we have, we have to create new subdivisions, divisions and units. It will take time, as we have already said, we have to maintain a line of defense”, he replies.

“We can imagine everything”

Like a hangover from the Soviet era, Vladimir Putin’s birthday is invariably staged in an ever-lofty cult of personality. In 2011 in Moscow, several dozen people gathered to sing the praises of the Russian leader and show the unconditional support of Russian society, which in recent days has shown signs of weakening.

This year no presidential calendar has been communicated for this day. According to Paul Gogo, a journalist in Moscow invited to the BFMTV antenna this Thursday night, “it is always a little surprise and we discover it the same day. It could be a hit played in the Donbass, a staging in Moscow, you can imagine anything,” he said.